Quitting Smoking: A Timeline Of The Health Benefits You Gain 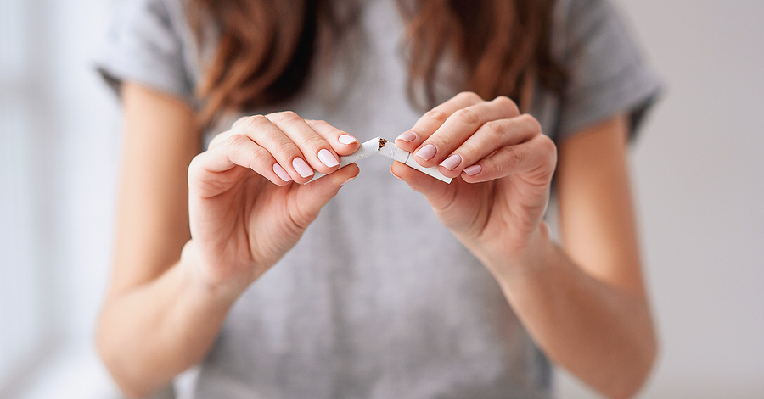 Whether it’d be through curiosity or simply ignorance, many of us will inherently pick up a few bad habits in our lifetimes. These vices could range from simple and relatively harmless acts, such as picking on one’s nails, to something more serious, like smoking. Advanced medical technology may be able to combat these vices’ adverse effects, but the saying ‘ prevention is better than a cure’ still stands.

When it comes to smoking, numerous health experts have expatiated on about its detrimental effects time and time again. But alas, the number of smokers does not seem to have gone down, nor will it any time soon. Instead of opting for the same ole method of ‘scaring’ habitual smokers with their detrimental health risks, switching pace and talking about the benefits of dropping their cigs may just do the trick.

If you’re in the habit of smoking, get to know the benefits of quitting now and those that come after some time.

The Benefits Of Quitting: A Timeline

If you’re still wondering if it’s worth breaking this bad habit, don’t fret – your body will revel in its benefits somewhat quickly. Check out the timeline below and get to know how quitting benefits your body immensely over the years.

The positive effects of quitting smoking begin 20 minutes after the last smoke, where your blood pressure will start to drop and normalise. Your blood pressure is not the only one, your heart pulse will do the same.

One of the harmful toxins in cigarettes is carbon monoxide, a harmful gas that will bind to haemoglobin (red blood cells) once it enters the bloodstream. When this happens, carbon monoxide will replace oxygen in the blood cells, decreasing the amount of oxygen that gets to your heart and the rest of your body.

After 12 hours has elapsed, the excess carbon monoxide found inside your body is cleansed, increasing the body’s oxygen levels.

By the one-day mark, your risk of suffering from heart attacks will drastically decrease. After 24 hours, due to the decrease in chemicals in your bloodstream, constriction of the arteries and veins will drop. This also translates to increased oxygen levels in the bloodstream.

A few days after

In the following days after the last smoke, the aforementioned reparative activities will continue. Additionally, your body will undergo several other changes. For one, previously damaged nerve endings will start to regrow. As such, you’ll realise that you’d regain your sense of taste and smell. Moreover, you will also find yourself breathing a little better since your bronchial tubes have started to relax and open up more.

In a month, an increase in lung function and capacity is arguably the most noticeable change. This means coughing and shortness of breath will now be few and far between. Such an improvement also leads to a dramatic increase in endurance, allowing former smokers to engage in cardiovascular activities with ease, like running and jogging.

By the end of the first year of recovery, the lungs will have significantly healed and repaired most of the damage caused by the inhaled toxins. For instance, due to the constant exposure to nicotine in tobacco, the fibres in your bronchial tubes will get paralysed, effectively rendering it obsolete. But after a year of going tobacco-free, these fibres will start to move again. They will once again remove irritants, bacteria and toxins from the lungs, thus reducing the risk of infection.

As a result, the coughing mentioned earlier will have diminished even further at this time. The risk of coronary heart disease also decreases by half, which continues to drop moving forward.

After 10 years, the absence of the tobacco’s toxins will have allowed the arteries and blood vessels to widen and revert to normal, notably decreasing the chances of blood clots from developing. This, in turn, results in a strikingly lowered risk of stroke and heart attack.

On top of that, chances of developing certain cancers are heavily reduced as well, if compared to those who continue to smoke at this time. A few examples of these are lung, mouth, throat, and larynx cancer. The cells that were previously precancerous are now replaced with healthy cells.

Smoking can undoubtedly cause severe damage to the body if it’s not stopped early on. Understanding the timeline of the benefits of quitting may just convince smokers to drop the habit and care more for their well-being.

If you need help or want to know more about quitting, see a doctor online via the MyCLNQ app. As Singapore’s leading telehealth app, your medical needs and queries can be met with just one platform. From booking a private ambulance to consulting with a doctor online, you can get professional medical assistance anytime and anywhere.

Prev
Stool Appearance: What Your Poop Says About Your Health
Next
Drinking Coffee: A Brief Overview Of Its Benefits And Risks