IS IT SAFE TO HANDLE PARCELS/MAILS DURING COVID19? THE RISK IS NEVER 0%

While there is not enough evidence at the moment to determine if COVID19 can be contaminated through parcels and deliveries. What we do know that SARS-CoV-2 was more stable on plastic and stainless steel than on copper and cardboard, and the viable virus was detected up to 72 hours after application to these surfaces.

There is a possibility of your parcel to be contaminated along the way, but, the infection risk is very low because, as the New England Journal of Medicine study found, the survival time on cardboard is thought to be around one day.

Unlike plastic or glass surface area that is somewhat “waterproof” and can hold water droplets for a longer period, most cardboard parcels would absorb the droplet and it may not be so easily picked up when you touch the package.

The survival time on cardboard is thought to be one day. So some people are leaving out their deliveries and mails for at least 24hours before touching them if it is not something to be open urgently.

Essentially, we should always be cleaning with alcohol wipes on things that we often touch or we do not know where it has been like your phones and parcels. Clean them regularly with alcohol wipes (which need to be around 70% alcohol). You may use baby wipes however, most baby wipes only have a low percentage of alcohol so are less effective

Though most deliveries companies have strict rules to follow due to covid19, most of them do not require you to touch a device for signature or handling of the package. Most delivery companies have adopted the drop and go system to decrease the risk of spread.

That being said, you should still consider wiping down a package before opening it and washing your hands well after disposing of the packaging.

Prev
What to carry in your bag if you need to head out in this time of the pandemic
Next
MyCLNQ : Supporting the Ageing Population in Singapore 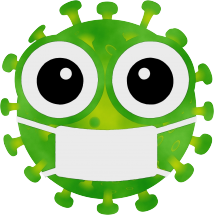 Can i help you?