The Harley Street Heart & Vascular Centre is a one-stop specialist centre based in Singapore that provides the latest and most advanced treatments available for people with heart & vascular disease. Our internationally recognized heart and vascular specialists have trained in leading centres around the world, including the United Kingdom, United States, Canada and Australia to deliver a caring and professional service for our patients.

At the Harley Street Heart & Vascular Centre, we aim to maintain the medical excellence and quality associated with the Harley Street name and believe in treating the individual and not just the disease. We have links with leading medical centres and specialists worldwide allowing for a smooth continuity of care for our international patients. 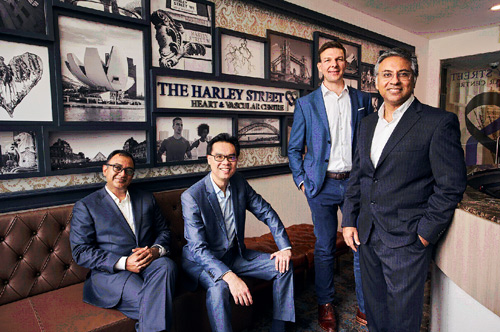 Cardiac services: We treat patients with a variety of heart conditions and also offer cardiac screening packages for those who would like a general heart check-up. Using the latest equipment and technology, our heart specialists will carefully assess your condition and determine the best management plan. Our heart specialists provide treatments such as coronary angiography and stent insertion, pacemaker and device implantation and catheter ablation of cardiac arrhythmias. A key mission of our heart specialists is to provide the best possible care and service to get your heart to a healthier place.

Vascular services: We treat and manage a range of conditions related to the arteries and veins like aortic aneurysms, peripheral arterial disease, venous disease and carotid disease. 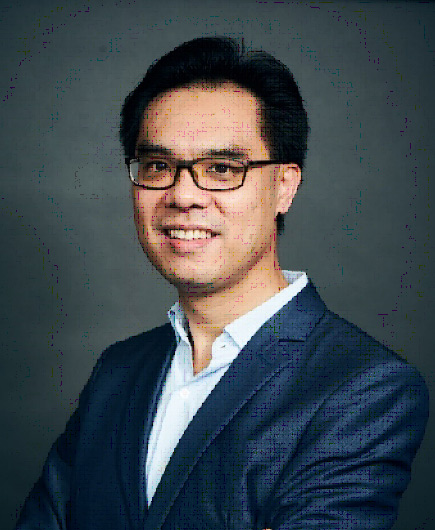 Clinical interests: Dr. Liew is a senior consultant cardiologist with a special interest in cardiac arrhythmias and device implantation.

Dr. Liew studied medicine at Cambridge University, UK, and obtained his Bachelor (BA) and Master (MA) degrees in 1994 and 1998, respectively. He undertook his clinical studies at the United Medical and Dental Schools of Guy’s and St. Thomas’ Hospitals, London, UK and graduated with distinction in 1997, obtaining Bachelor degrees in Medicine and Surgery. He has been a Member of the Royal College of Physicians (MRCP) UK since 2000 and was elected Fellow of the Royal College of Physicians (FRCP) in 2012.

Dr. Liew is widely recognized regionally and internationally in the field of heart rhythm problems and was involved in some of the early pioneering clinical studies in the UK validating the use of 3D-mapping systems to treat complex heart rhythm disorders. He established the first 3D mapping system to treat complex cardiac arrhythmias in the private sector in Singapore and has mentored many cardiologists in the UK, Singapore and in South East Asia in performing complex ablation procedures.

After completing his general medical rotation in London and obtaining his MRCP, Dr. Liew undertook his cardiology training at the Royal Brompton Hospital, London UK, and subspecialty training in cardiac arrhythmias at St. Bartholomew’s Hospital and St. George’s Hospital, two of the highest volume heart rhythm centres in the UK. He is fully trained in all forms of invasive EP procedures, including catheter ablation using conventional and 3D- mapping systems and the cryoballon catheter. He is also very experienced in the insertion of cardiac pacemakers, implantable cardioverter defibrillators (ICD) and cardiac resynchronization therapy (CRT) devices. He received his UK Certificate of Completion of Training (CCT) in 2008 and was appointed consultant cardiologist at the National Heart Centre Singapore (NHCS) in 2008 and senior consultant in 2012. With his extensive training in the UK and contributions to research in cardiology and cardiac electrophysiology, he was elected Fellow of the European Society of Cardiology (FESC) in 2010, Fellow of the American College of Cardiology (FACC) in 2012 and Fellow of the Asean College of Cardiology (FAsCC) in 2014.

Dr Liew has a strong track record in both clinical and translational research and was formerly Deputy Director of the Research and Development Unit at NHCS. His research interests include atrial fibrillation, sudden cardiac death and the use of stem cells in cardiovascular disease. Dr. Liew was awarded the prestigious British Heart Foundation Junior Research Fellowship from 2000 to 2003 and obtained a PhD from Imperial College London for his research on the arrhythmic actions of oestrogens on the heart. He has presented his research and been invited to be guest speaker at many national and international meetings and has published over 100 papers and abstracts in high impact peer-reviewed journals. He is a member of the Research Committee for the Singapore Heart Foundation and the Basic Science Committee of the Asian Pacific Heart Rhythm Society and a former Associate Editor for Heart and the ASEAN Heart Journal.

Dr. Liew is a keen health educator and continues to give talks at regional and international meetings on heart disease and heart rhythm disorders. 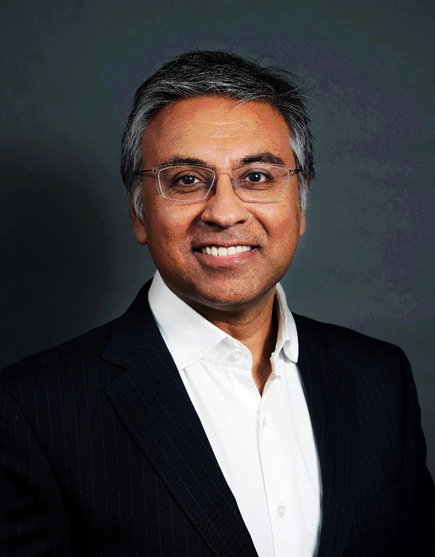 Clinical interests: Dr. Khurana is a consultant cardiologist with a special interest in coronary artery disease and resistant hypertension and its treatment by catheter based interventions

Dr. Khurana studied medicine at Oxford University, UK, and obtained his Bachelor (BA) and Master (MA) degrees in 1993 and 2000, respectively. He also undertook his clinical studies at Oxford and graduated in 1996. He was awarded his PhD from the University of London in 2004. He has been a Member of the Royal College of Physicians (MRCP) UK since 1999 and was awarded Fellowship of the Royal College of Physicians (FRCP) in 2012.

Dr. Khurana performed his general cardiology training at several teaching hospitals in London UK, and subspecialty training in coronary intervention at Kings College Hospital, London and Vancouver General Hospital, Canada. He is an experienced interventionist routinely performing complex angioplasty, including chronic total occlusions. He received his UK Certificate of Completion of Training (CCT) in 2009. Dr. Khurana was appointed consultant cardiologist at the National Heart Centre Singapore (NHCS) and visiting consultant to Changi General Hospital (CGH) in 2009. With his extensive training in the UK and Canada and contributions to research, he was accepted as a Fellow of the European Society of Cardiology (FESC) in 2010 and awarded Fellowship to the American College of Cardiology (FACC) in 2012. Dr. Khurana has proctored many cardiologists the surrounding region in more complex interventional techniques. He pioneered renal denervation in Singapore as a procedure to treat resistant hypertension. He continues to actively train in emerging interventional modalities to keep his practice in line with contemporary evidence-based approaches.

Dr. Khurana has a strong track record in both basic and clinical and research. He has presented his work, winning Young Investigator awards and in 2001 was a recipient of the prestigious Fulbright Scholarship, which allowed him to undertake 18 months of his research at Dartmouth College, USA. He has over 50 article and abstract publications in high impact peer-reviewed journals and continues to actively publish. He is regularly invited faculty at many national and international meetings and is often invited to chair sessions focused on interventional cardiology. Dr Khurana has a joint academic position as Assistant Professor at the Duke-NUS Graduate Medical School Singapore where he is involved in the teaching of medical students. He was formerly a member of the Research Committee for the Singapore Heart Foundation. He regularly maintains an active lecture schedule to primary care physicians and contributes annually to the College of Family Physicians cardiology program. 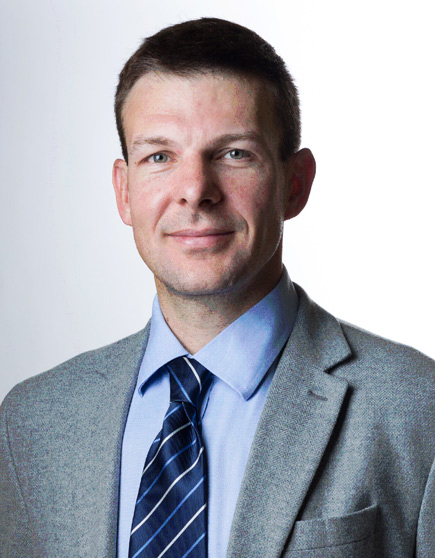 Clinical interests: Dr. Macdonald is a senior consultant cardiologist with a special interest in heart failure and cardiac imaging, including cardiac MRI and CT.

Dr MacDonald studied medicine at Aberdeen University, Scotland and graduated in 2000 with MBChB. During his time in Aberdeen he also undertook a Bachelor of Science degree in cardiovascular research, graduating BSc (Hons) in 1998. He was awarded his research doctorate (MD) from the University of Aberdeen in 2011. He has been a Member of the Royal College of Physicians (MRCP) UK since 2004.

Dr MacDonald undertook his general cardiology training at teaching hospitals in Glasgow. He undertook a 3-year fellowship at the Scottish National Advanced Heart Failure and Transplant unit and was mentored by two of the founding fathers of modern heart failure therapies, Professor Henry Dargie and Professor John McMurray. During his time at the national centre he learned about the intricacies of managing complex heart failure cases, including those requiring device and cardiac transplantation. Furthermore, as part of his training he spent a significant amount of time managing inherited cardiac conditions such as hypertrophic cardiomyopathy and dilated cardiomyopathy alongside a clinical geneticist. He developed a subspecialty interest in cardiac imaging and undertook a fellowship in cardiovascular MRI at the Royal Brompton Hospital in London and in 2013 gained the top level of accreditation. He was also accredited in cardiac CT and echocardiography.

With his extensive training and contributions to teaching and research in cardiology and heart failure he was invited to become Fellow of the European Society of Cardiology (FESC) in 2010.

Dr. Macdonald has a strong track record in basic, epidemiological and clinical research. His first research degree as an undergraduate examined the relationship between diabetes and cardiovascular disease and this was the catalyst for him entering into cardiology. Whilst undertaking his fellowship at the Scottish National Advanced Heart Failure unit, he designed and obtained funding for the world’s first randomized trial examining the use of ablation in patients with heart failure and atrial fibrillation. He presented this work as a late breaking clinical trial at the ESC Heart Failure congress in 2010. His primary research interest is in the relationship between diabetes and heart failure, the subject of his research doctorate awarded in 2011. He is internationally recognized for his work in this area and has presented his work nationally and internationally. In recognition of his expertise in diabetes and heart failure he was an invited panelist to the ESC Workshop on diabetic cardiomyopathy and was a keynote speaker at the Japanese Circulation Society. Dr MacDonald has published extensively in top journals, and has been widely cited. He is a reviewer for many high-impact journals including the Lancet and the European Heart Journal. In addition, Dr MacDonald regularly sits on committees for many international large scale randomized controlled trials. 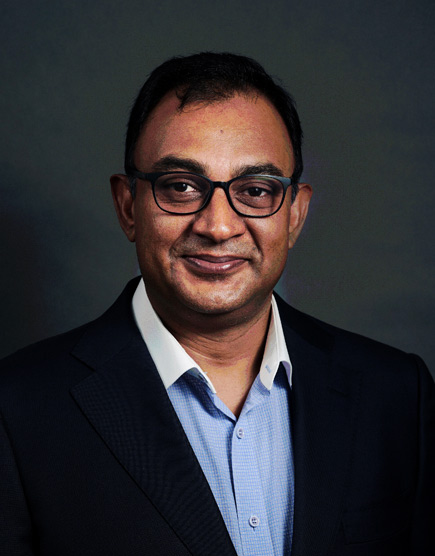 He is also internationally recognised for his work in advanced venous surgery including venous reconstruction surgery, vein glue and radiofrequency ablation for advanced varicose veins and Intra Vascular Ultrasound and deep venous stenting for both occlusive and reflux venous disease.

Dr Narayanan obtained his medical degree from JIPMER, India in 1993 and basic surgical training at the Sir JJ Hospital, Mumbai India leading to the Master of Surgery degree in 1997. He moved to the UK in 1997 for advanced surgical training and went on to train in Gastro-intestinal, Thoracic and Hepatobiliary surgery in Liverpool and Cornwall followed by 2 years of research in Transplantation at Nottingham. He was selected for the All Wales Higher Surgical Training Programme in Cardiff in 2002 with sub-specialty training in vascular surgery. In 2008, Dr Narayanan was awarded a senior vascular fellowship at the Imperial College, London under Professor Alun Davies (Chair of Academic Vascular Surgery, Imperial College of Medicine), training at the Charing Cross and St Mary’s Hospital Vascular Units.

Following completion of his fellowship training was appointed as a Consultant vascular surgeon at the University Hospital of North Staffordshire in April 2010. He left this post to move to Singapore in March 2011 as a consultant vascular surgeon at the Tan Tock Seng Hospital where he was the Chief of Vascular Surgery and a Core Faculty Member of the National Healthcare Group Surgical Residency programme. He is an Adjunct Asst Professor to the Yong Loo Lin School of Medicine and an examiner for the final MBBS examinations.

Dr Narayanan has published on transplantation, vascular access, vascular and endovascular surgery and peer reviews for the International Journal of Surgery. He is also the author of book chapters on “Angiosomes applications in critical limb ischemia”(2013) and “Diabetic Foot – the Asian Perspective” (2017). He was the first to describe the different vein anatomy in Asians, first to perform venous glue ablation for venous ulcers and is a key opinion leader, speaker and south-east Asian trainer for venous stenting, intravascular ultrasound and aortic surgery. He has co-supervised PhD and MSc research with Nanyang Technology University School of Mechanical and Aerospace Engineering on computer modelling of Asian aortic aneurysms and collaborates with A-STAR, Singapore on research in advanced wound care technologies.