Flu and Common Colds: Know Their Differences And Prevention 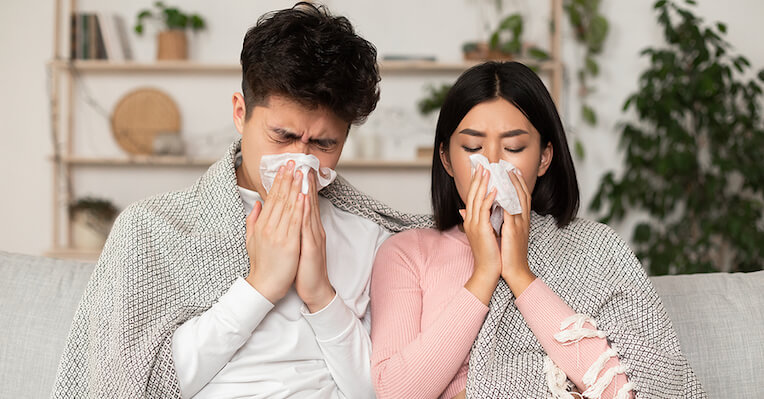 With the first convincing record of an influenza pandemic chronicled in 1510, the flu is a respiratory ailment that still continues to affect us to this day, killing 646,000 people worldwide. In Singapore alone, about 800,000 attendances at polyclinics display suffer from influenza-like illnesses each year, with 600 of them resulting in deaths.

Not one to discriminate, this respiratory disease the young, old and everybody else in between. Moreover, it’s also highly contagious. To protect yourself from this potentially deadly virus, we’re here to give you the lowdown.

What are the differences between a common cold and the flu?

To get the similarities out of the way, both diseases affect the respiratory system and share many symptoms – but it ends there.

The difference begins with the viruses that cause these two ailments. Whilst there are several respiratory viruses that can result in a cold, the rhinovirus is the most common perpetrator. On the other hand, the flu has only one viral perpetrator: the influenza virus. This virus consists of three main types, two of which are responsible for the seasonal outbreaks in Singapore and all over the world.

Colds in general, do not lead to more serious health problems, unlike the flu. If you’re unwell and are feeling several of the symptoms discussed below, it’s best to consult an online doctor and seek advice.

What are the symptoms of the two illnesses?

As mentioned, the two share similar symptoms, but in general, the flu’s symptoms are much worse and more intense in comparison to the cold’s. The common cold’s symptoms usually entail the following:

Some uncommon and rare symptoms include fever, body aches, headaches, and fatigue, to name a few. It’s also important to note that these symptoms come along gradually, unlike that of the flu.

The flu’s symptoms include all of the above but are more severe and arise without notice. A few notable symptoms of the flu are:

Other symptoms of the flu include loss of appetite, weakness, and chills.

Preventive measures against the flu

Early prevention is always best when it comes to any illness. To avoid getting infected, here are several ways that you can protect yourself from the flu during the flu seasons in Singapore:

Aside from the methods mentioned above, it’s also highly advisable to get a flu vaccine every season. It’s been shown that flu vaccines reduce the risk of contracting the ailment by 40-60 percent. Besides the primary purpose of protecting you against the flu, flu vaccinations are also a preventive tool for those with chronic health conditions such as chronic lung and heart diseases. Consult with a doctor about getting vaccinated and increase your resistance against this ailment.

Once the flu seasons come around again each year, one’s health should be closely monitored, and preventive measures be taken to avoid the dire consequences of catching the flu. If you’re feeling unwell during flu season, gain access to all your medical needs with the MyCLNQ app. As the leading telehealth app in Singapore, you can easily consult a doctor online, book a private ambulance service for emergencies, and purchase medical products all in one place.