Drinking Coffee: A Brief Overview Of Its Benefits And Risks 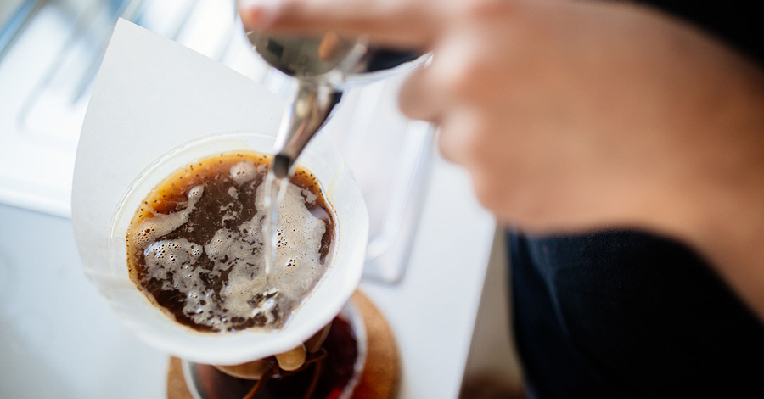 It’s without a doubt that coffee is one of, if not the most popular beverages drank by people all over the world. Be it during the early morning, in the afternoon, or late at night, some individuals need a good cup to keep them going and focus on their responsibilities.

Coffee surely has its fair share of health benefits. But as with most things, if too much of it is consumed, a number of problems can arise and affect your health. To stop yourself from reaching that stage, familiarise yourself with the benefits of this popular beverage as well as its health risks.

Coffee isn’t just tasty and energising – it can be good for your health as well! For decades, scientists have studied the effects of coffee, and it’s been discovered that this beverage has several health benefits. Here are some of them:

Coffee is a brewed drink prepared from roasted coffee beans. These bean-like seeds are surprisingly jam-packed with powerful and essential antioxidants, the most abundant being chlorogenic acid. These health-promoting polyphenols help to reduce inflammation and the risk of diabetes.

Apart from chlorogenic acid, coffee beans also contain other nutrients such as B1, B2, B3, B5, magnesium, potassium and manganese, to name a few. These essential nutrients will help protect your body cells from free radicals, which are suspected of playing a role in heart disease, cancer and other diseases.

The most widely consumed psychoactive substance in the world, caffeine is the best-known ingredient of coffee. After you drink a cup of coffee, the caffeine will be absorbed into your bloodstream and travel all the way to your brain. The caffeine will then block the inhibitory neurotransmitter adenosine, which will lead to an increased production of neurotransmitters such as norepinephrine and dopamine. This will cause an enhanced firing of neurons, which will improve brain function, particularly in energy levels, vigilance, reaction times and more.

Lowers Risk From Many Diseases

Recent studies have focused on coffee’s antioxidants or anti-inflammatory agents, revealing its potential benefits. These substances allegedly exert certain effects that prevent diseases from affecting your body. Thus, by drinking a cup of coffee daily, several health issues can be prevented, such as:

No doubt, it’s not all sunshine and rainbows. Besides the health benefits, several studies have also found that coffee poses a number of adverse effects, some of which are:

Generally, caffeine doesn’t directly play a role in increasing the risk of stroke or heart disease. But due to its stimulatory effects on the nervous system, it’s been shown to raise blood pressure levels in the body, which is one of the risk factors of the aforementioned diseases. This is because elevated blood pressure can potentially damage the arteries over time, impeding blood flow to the brain and heart. But luckily, its effects seem to be short-lived, and it only strongly affects individuals that aren’t used to consuming it.

Despite the benefits it brings, constant consumption of coffee can just be as addictive as with other substances. As with drugs, caffeine enhances dopamine signalling in the brain. This brain chemical influences mood and feelings of reward and motivation, as well as regulate body movements. This, by extension, makes one feel more awake and alert.

Whilst it doesn’t necessarily cause addiction, one will experience withdrawal symptoms if you suddenly quit drinking coffee. Such symptoms include headaches, changes in mood, difficulty concentrating and the like. If you can’t go a day without a cup of coffee, there might be a chance that you are already dependent on its effects to get through your day.

It’s been stated that coffee can increase alertness when consumed. But if it’s taken in higher doses, such an effect can become more pronounced than necessary. Whether the daily intake is average, moderate, or high, such as reaching up to 1,000 mg or more, a person is sure to experience a few negative side effects. These effects are namely, anxiety, nervousness, jitteriness, rapid breathing, and heightened stress. If you notice that you often feel some or all of the above, it might be best to cut back a bit on your coffee intake.

Coffee can certainly do wonders whenever its effects are required. But take care not to consume copious amounts of it to avoid becoming too dependent. And if ever you’re feeling the negative symptoms from overconsumption, don’t hesitate to reach out and consult a doctor online. From booking a private ambulance to seeing a doctor at the comforts of your home, you can reach professional medical assistance with the help of MyCLNQ, the leading app for telemedicine in Singapore. Medical assistance is now accessible with just a click of a button.

Prev
Quitting Smoking: A Timeline Of The Health Benefits You Gain
Next
4 Helpful Advice To Prevent Developing Chronic Back Pain