5 Dangerous Myths About Monkeypox You Should Not Believe 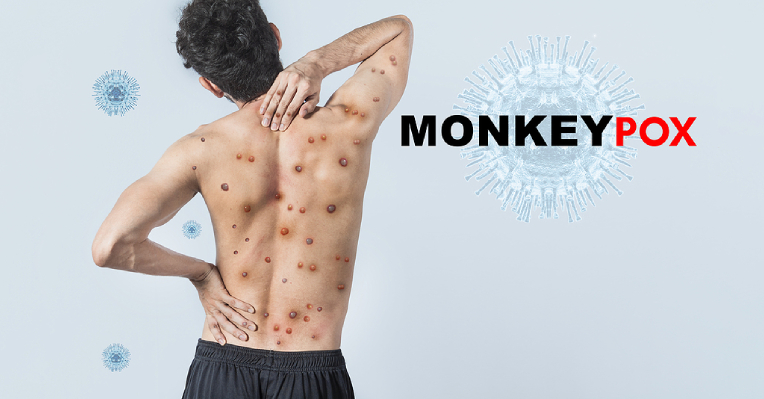 If you’ve been following the news these past few weeks, you’d know that another disease is now creating fear among many people worldwide. This disease is called “monkeypox,” and more than 30,000 cases have already been reported worldwide. Because of this, the World Health Organization (WHO) has recently declared monkeypox a global health emergency.

Since the monkeypox outbreak raised the alarm across the globe, numerous people have been curious to discover what this virus is, how it spreads, and the effective ways to prevent its transmission. While plenty of information about monkeypox is readily available, many still fall victim to misinformation. This is mainly because several myths about monkeypox are spreading rapidly online.

To ensure that what you know about this disease is factual, here are 5 of the most widespread and harmful monkeypox myths that should be debunked.

Myth #1: Monkeypox is a new virus

Because most people have only heard about monkeypox recently, there’s a common misconception that it’s a new virus, like COVID-19. However, monkeypox was first discovered in the research monkeys as early as the 1950s. Its first human case was reported in 1970 in Congo, Africa.

Since then, the monkeypox virus has been thoroughly studied, and medical literature has all the details about its spread and prevention.

Myth #2: Monkeypox is spread through air

The myth that monkeypox is airborne has been the source of panic for many people. However, according to medical experts, monkeypox is not airborne but transmitted through direct, personal contact with an infected and infectious person. This includes shaking hands, consuming with the same utensils, kissing, and having intimate contact.

Moreover, since the virus is believed to live on surfaces for weeks or months, a person can also potentially catch monkeypox from touching objects an infected person uses, such as a toilet seat, clothes, and bed linens.

Myth #3: Only gay and bisexual men are affected by monkeypox

This is perhaps the most common and discriminatory myth about monkeypox that you’ll read online. Many believe that monkeypox is a disease affecting only the LGBTQ+ community, specifically gay and bisexual men. However, the truth is that anyone can contract monkeypox.

Although the people with the highest risk of catching monkeypox right now are those men who engage in sexual intercourse with men and have several sex partners, this doesn’t mean that the disease is exclusively a gay sickness. As the WHO experts clarified, anybody can get monkeypox through close contact with an infected and infectious person.

Myth #4: Rash is the only symptom of monkeypox

The most common monkeypox symptom you’ll likely hear about is a rash. While the virus certainly causes painful skin lesions, a rash isn’t the sole symptom that can manifest if you have monkeypox.

The Centers for Disease Control and Prevention (CDC) has mentioned that the usual signs of this disease include the following:

According to medical experts, the early symptoms of monkeypox are often similar to that of a common cold. However, once a rash develops, this disease can be transmitted most easily by mere skin-to-skin contact.

Hence, if you notice a rash developing on any of the body parts mentioned earlier, it’s highly advised that you book an online medical consultation immediately.

Myth #5: There is no treatment for monkeypox

Although there’s still no targeted treatment or cure for monkeypox, it can nonetheless be treated with antiviral medications like TPOXX, which is the one used for treating smallpox.

However, these medications aren’t always readily available, so it’s best to contact your virtual doctor in Singapore or the local health department to learn about available treatments.

Furthermore, most cases of monkeypox show that this virus is self-limiting since most of its infections self-resolve in about two to four weeks.

If diagnosed early on, you can easily manage the symptoms of monkeypox at home with oatmeal baths and over-the-counter pain relief medications, such as acetaminophen or ibuprofen. While monkeypox sores can be uncomfortable and painful, severe illness is rare.

Misinformation is ultimately the primary source of panic for many people worldwide. While there is an abundance of factual information about monkeypox, many people still fall for the monkeypox myths that are being carelessly spread online.

Knowing these common myths and the truths behind them can provide stronger protection against this disease to yourself and your family members.

If you suspect you’re at risk of getting the monkeypox virus, do not hesitate to seek the professional advice of a virtual doctor in Singapore immediately. Through the reliable telemedicine app called MyCLNQ, you can now quickly and conveniently see a doctor online for your symptoms and potential health risks.

Considered a highly trusted telehealth app in Singapore, MyCLNQ will provide you with all the medical-related services you need anytime.

Prev
Gallstones Or Kidney Stones? How To Tell The Difference
Next
When To Worry About Finding Lumps And Bumps On Your Body