5 Common Signs And Symptoms Of Anxiety Disorders To Note 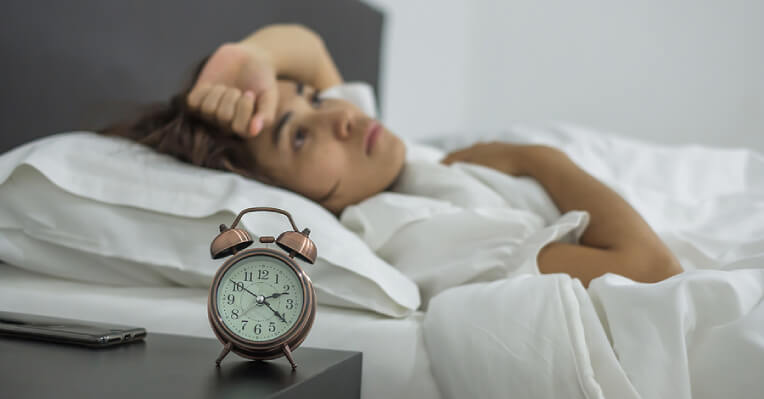 Almost everyone experiences anxiety once in their lifetimes. If we boiled it down to the fundamentals, anxiety is a natural reaction when the body is overcome with overstimulation, cognitive incongruity and response unavailability. Once triggered by big stresses or an accumulation of various small ones, these anxiety symptoms work to help you cope and work through such difficult situations.

Whilst they may be normal, there may come a time wherein these anxiety symptoms are tough to handle and may even, linger despite the stressful event being long gone. In such cases, these anxiety symptoms will cease to help you through the overwhelming event and instead start to interfere with your daily life. If so, you may be dealing with an anxiety disorder. Recognising such symptoms is the first step to recovery, and as such, here are 5 signs you should look out for.

The primary telltale sign of an anxiety disorder is chronic worrying. Excessive worrying refers to the disproportionate degree in which your worries affect you, in comparison to the magnitude of the stressful or everyday encounters. It’s often the proliferation of ‘what ifs’ over which you have absolutely no control over, and there is no effective and productive action that will lead to a tangible solution.

This constant worry and fear can often last throughout the day. An individual will be diagnosed with generalised anxiety disorder (GAD) if the symptoms persist for six months. Those at a higher risk of GAD are those below the age of 65, single, have a low socioeconomic status, and have numerous life stressors.

Perhaps you’ve been feeling on edge, or maybe, you’re finding it more difficult to unwind at the end of the day. This feeling of restlessness is no stranger to those diagnosed with anxiety. When an individual experiences anxiety, their nervous system has no sense of moderation and their ‘flight or fight’ reflexes are always switched on. Their body is geared up for a life or death situation even if all they ever did was sit at their desk, typing away on their computer.

Very similar to panic attacks, anxiety attacks involve intense and often overwhelming fear. This fear is accompanied by physical symptoms, such as shaking, rapid heartbeat, shortness of breath, nausea and chest tightness. However, since anxiety attacks aren’t formally recognised under the DSM-5 (the standard classification of mental disorders), the signs and symptoms are open to interpretation. Any two individuals may describe having an ‘anxiety attack’ and experience two or more very different symptoms.

Anxiety attacks usually peak within 10 minutes, and rarely last more than 30 minutes. However, during that short time, you may experience terror so severe that you may feel like you’re going to lose control and even die. In such situations, ensure that you’re in a safe environment and best to get somebody to accompany you through the attack.

If you’re suffering from constant worrying and overwhelming fear, chances are, you’ll experience sleep disturbances. You’ll find yourself having difficulty falling asleep or/and waking up in the middle of the night. Research also suggests that developing insomnia during childhood may positively correlate to having anxiety later in life.

As with many other mental health disorders, common everyday experiences may be hard to endure when you have an anxiety disorder. The worry and stress over the possibility of getting scrutinised and judged by those around you may debilitate your social life, and in the worst-case scenario, you’ll go out of your way to avoid any form of social contact altogether.

Social anxiety is prevalent and tends to develop in the early stages of life. It also comes in varying degrees, and symptoms vary from one person to the next. There are people with social anxiety that may come off as shy or quiet, whilst some may even handle social situations with ease. But social anxiety mostly boils down to high self-criticism, depression and low self-esteem.

If you have displayed signs of the above symptoms of anxiety disorder, you can now seek professional help easily from our virtual doctors in Singapore through our myCLNQ app for an elevated telehealth experience, giving you access to an online medical consultation with great ease.