3 Everyday Habits That Can Potentially Ruin Your Health 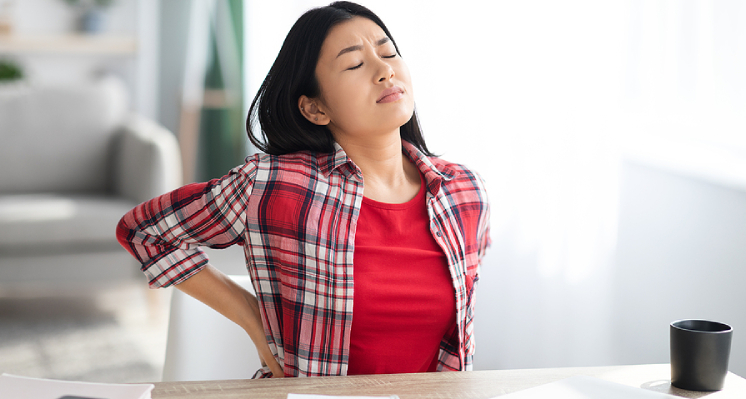 As people go through their daily lives, they pick up plenty of habits either from the influence of others or through their own will. Most of these influences are generally good, typically stemming from those near and dear to us, but there are many that can be detrimental to our health.

Whether it’s a learned habit from your parents or something you unconsciously picked up yourself, this is the time to rethink your habits and make the necessary changes to improve your health!

Holding your sneezes in

Sneezing is a natural occurrence that we don’t bother to think much about. We’re also no strangers to occasions when we suddenly need to sneeze at inappropriate times. During such moments, one may think that the best thing to do is to hold it in and avoid making a scene.

While this course of action may save you from embarrassment or unwanted attention, it can potentially endanger your well-being in the process. The reason is by holding your sneezes in, you prevent the pressure from being released and potentially back it up, which can lead to all possible sorts of damage.

A few of these injuries include but are not limited to ruptured blood vessels in the eyes, brain, throat, and chest, and even perforations in the pharynx, with the latter being an actual case report published in the BMJ Journals, a collection of medical and allied science titles.

Keeping your wallet in your back pocket

When it comes to storing our wallets while we go out, most people tend to put them in their back pockets, especially men. Although this poses no harm when standing or walking around, it can be problematic if you sit on it for long periods.

Sitting on your wallets or any other possession can potentially cause your buttocks to become uneven, which can eventually lead to several complications down the line. One of them would be unbearable pain in the upper and lower back, shoulders, and hips.

Another consequence of sitting on wallets is the irritation of the nerves on the lower back and legs, causing a couple of conditions known as “wallet sciatica” and “fat wallet syndrome”.

Taking your smartphone to bed with you

From browsing social media networks to enabling online consultations with a virtual doctor in Singapore, smartphones have become an integral item to everyone’s daily lives.

Also known for being an excellent substitute for the traditional bedside alarm clock, it’s now common for people to rely on their phones to wake them up in the morning. While this is no problem in and of itself, interacting with the device minutes before bed is the real issue.

It’s no secret that digital screens like those found on smartphones emit blue light. Exposure to blue light can disrupt your circadian rhythms and prevent you from falling asleep and getting a good night’s rest.This issue is caused by the light suppressing your body’s normal melatonin production; leading to insufficient amounts of it in circulation that can create a vicious cycle of irritability, daytime sleepiness, migraines and insomnia.

Plenty of habits we see as normal often have hidden detrimental effects on our health. While many of them might sound quite silly, being aware of their effects and avoiding them is the best thing you can do to improve your overall health.

If you are currently dealing with the consequences of leaving your harmful everyday habits unchecked, consult a doctor online via the MyCLNQ app today. As the leading telehealth app for telemedicine in Singapore, anyone can access medical support and get their prescribed medicine without having to leave the house!

Prev
A Guide To Breast Lumps: When Should You Worry About Them?
Next
Remote Care 101: Home Recovery Programme For COVID-19 Patients